In 2009, the situation for Tibetans deteriorated further in Nepal as the Chinese sought to block protests about repression in Tibet. 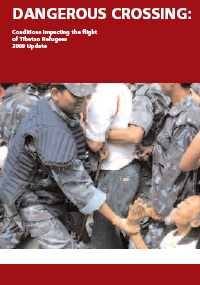 Border security was still tight following the crackdown in Tibet as a result of unrest that swept the plateau from March, 2008, and numbers of Tibetans escaping into exile were low compared to previous years although higher than in 2008.

In 2009, a total of 838 Tibetans made the dangerous crossing over the Himalayas into Nepal and onward to India in 2009, only slightly above the 2008 figure of approximately 652. This is well below the 2,500 to 3,500 who crossed annually in recent years. The dramatic decrease in numbers can be attributed to the increased dangers Tibetans in Tibet face as part of the ongoing crackdown that followed the start of protests in 2008 and heightened security along the Tibet-Nepal border.